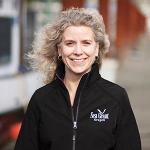 Shelby Walker joined Oregon Sea Grant in 2014, coming to us from the NOAA Office of Oceanic and Atmospheric Research's Office of Policy, Planning and Evaluation, where she was responsible for NOAA research planning efforts and served as associate director for the NOAA RESTORE Act Science Program. Prior to NOAA, she was an associate program director in the National Science Foundation's Ocean Sciences Division, where she helped lead the Ocean Technology and Interdisciplinary Coordination Program. She holds a Ph.D. in marine science from the College of William and Mary and is a former Sea Grant Knauss Fellow. 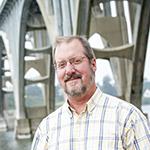 Dave Hansen has led the Sea Grant Extension program since 2010, and now manages our entire outreach and engagement team, including Extension and communications faculty and our marine education team at the Hatfield Marine Science Center in Newport. He came to Oregon Sea Grant from the University of Delaware, where he was an associate professor of soil and environmental quality and Extension Program Leader for the Agriculture and Natural Resources program. Dr. Hansen received his Ph.D. in soil science and water resources from Iowa State University and has been involved with regional water quality issues on the East Coast since 1999. 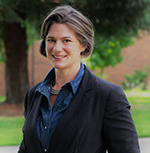 Sarah Kolesar is the primary contact for researchers working under – or applying for – Sea Grant support, as well as for our graduate and undergraduate Sea Grant Scholars. She joined Sea Grant in 2009 and became our research program specialist the following year; in 2014, she joined the leadership team. A former associate program manager at the Office of Naval Research's Biological Oceanography program, Sarah holds a Ph.D. in estuarine ecology from the University of Maryland and spent two years as a visiting professor at St. Mary's College of Maryland. 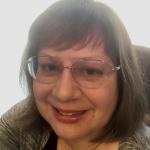 Sheryl Powell brings years of institutional finance and accounting knowledge to her role as Oregon Sea Grant's fiscal officer. She has been with Oregon State University since 2010 as the Finance and Accounting Manager with the Agricultural Sciences and Marine Sciences Business Center. Prior to joining Oregon State University, Sheryl was at the University of Oregon for 11 years, first as the department accountant for English and Folklore, and later as the Grants Financial Manager in the Office of Research Services and Administration. Sheryl holds a bachelor’s degree in Accounting from the University of Oregon, has been a Certified Research Administrator (CRA) since 2009, and previously held an Oregon tax license for 20 years.

Council members are drawn from the private sector, community groups, local government, resource management agencies, and others with a stake in Oregon's ocean and coasts. They serve without pay and meet periodically to help set program priorities, review research proposals and advise the program's leadership. Members and former members of the advisory council also act as advocates for Oregon Sea Grant under a variety of circumstances.