Researchers to examine shellfish for chemicals sprayed in forests upstream

Researchers at Portland State University plan to examine clams and oysters on the Oregon coast to see if they contain chemicals that are used to kill weeds and pests in forests upstream.

The project, which is funded by Oregon Sea Grant, ultimately aims to see if different forestry regulations might result in different amounts and types of herbicides and pesticides in shellfish downstream.

“We have watersheds in the Coast Range in Oregon that flow through forests managed under different regimes,” said PSU marine ecologist Elise Granek, the lead scientist on the project. “Those waters eventually make their way to estuaries where shellfish are harvested commercially and recreationally. The question we’re asking is: does the management plan governing forests on lands upstream affect bivalves living in these waters?” 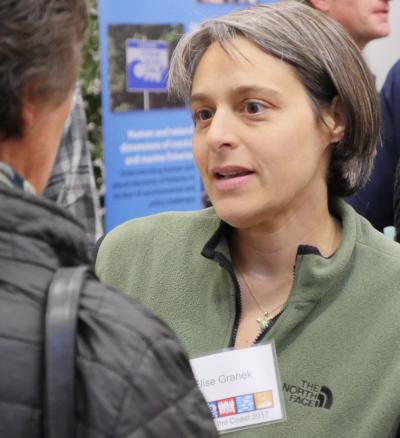 The U.S. Department of Agriculture’s Northwest Forest Plan dictates management practices in federally controlled forests, while the Oregon Forest Practices Act governs management on state- and privately owned lands. Regulations for the two management regimes, however, differ in some ways. Aerial spraying and certain herbicides and pesticides, for example, are prohibited in federal forests, but they are permissible on state- and privately owned forests.

Researchers will be largely looking for the weed killers hexazinone and atrazine. The latter is banned by the Northwest Forest Plan on federal lands. If researchers detect atrazine in the shellfish, they’ll figure the water that they were in previously passed through private or state forests. 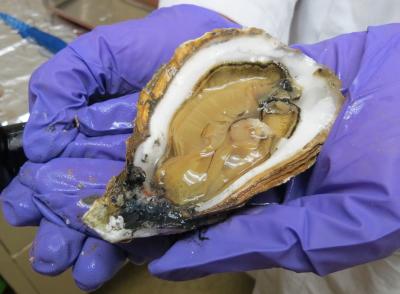 Using data from the Oregon Department of Forestry and GIS mapping, the researchers will identify ownership of land in 10 coastal watersheds and the date of chemicals sprayed on the properties. Then they’ll collect softshell clams and Pacific oysters downstream. They’ll also collect freshwater mussels adjacent to forestland to control for possible chemical contamination from downstream agricultural and urban sources.

In a lab, researchers will examine the tissues of all the shellfish for potential pesticides and herbicides, and they’ll note whether the mollusks lived in water that previously flowed through lands governed by federal or state policies. Additionally, they’ll see if the chemicals affected the growth and reproductive health of the shellfish. 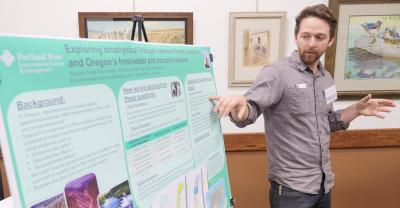 The project comes on the heels of other research by Granek’s lab that was funded by Oregon Sea Grant. The following are news stories and a video about those projects:

This story originally appeared in PSU’s magazine Research Review. The above is an edited and shortened version. This story was reprinted with the author’s permission. Additional reporting by Tiffany Woods.