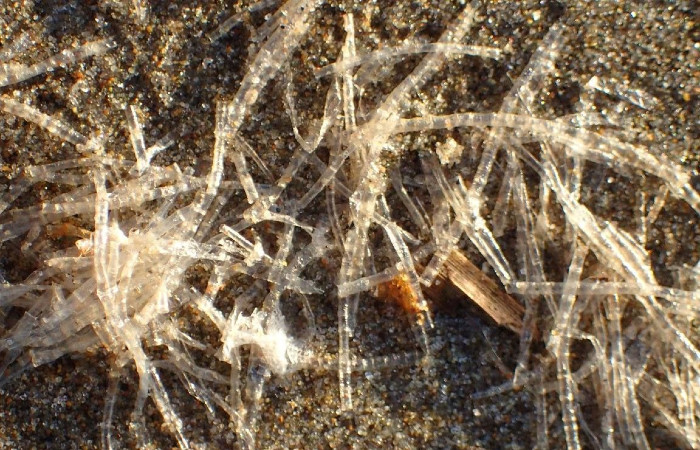 You may come across masses of small, many-ringed, transparent tubes blown high up the beach in the dry sand. These are the former homes for a species of worm called Spiochaetopterus costarum. As with the rock-forming worm described under False brain coral, it has no common name. Would you like to call it the ‘“cellophane tube worm”?

The animal lives just beyond the low-tide line in sandy bottoms. At times of heavy surf, particularly during low-tide periods, the sand is lifted and moved around, dislodging the animals and their tubes from the bottom. The animals disappear without a trace, but wave action brings in their light tubes, and winds blow them up to where you found them. You may also find these tubes while digging razor clams.