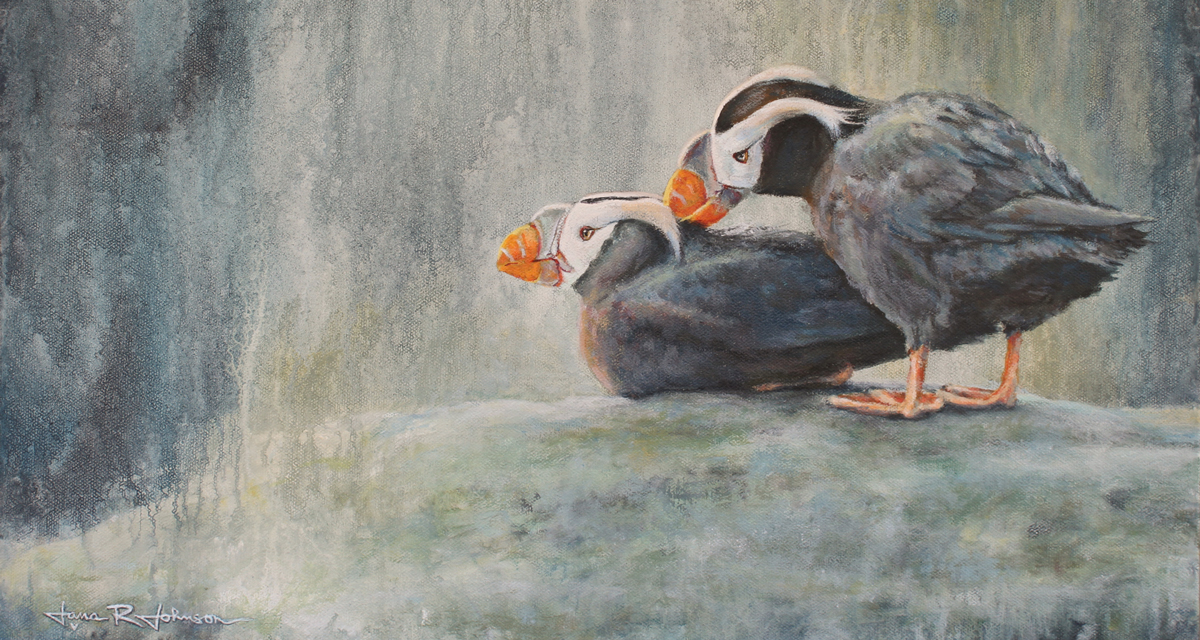 NEWPORT, Ore. – An art sale that runs through Sept. 26 at the Hatfield Marine Science Center in Newport will benefit the conservation of Oregon’s estuaries.

Thirty-three pieces, created by Northwest artists, are on display at the Oregon Sea Grant-operated Visitor Center at Hatfield. A portion of the sale of each piece of art will support The Wetlands Conservancy’s efforts to protect the state’s estuaries.

The artwork at Hatfield forms part of the nearly 200-piece Ode to the Tides art show and sale, which debuted in Corvallis in May before traveling to Seaside and now Newport. Hood River will host it in September; Beaverton will be the last stop in November and December. Oregon Sea Grant is one of the sponsors of Ode to the Tides.

The 84 artists used media that included fiber, wood, stone, glass and ceramics with the goal of portraying the aesthetical and ecological importance of the flora and fauna of Oregon’s estuaries and tide pools. The artwork can be viewed online.

The exhibit at Hatfield includes pieces that feature sea anemones, pelicans, sea stars, an osprey, tufted puffins, and a woodcut of a snipe.

Concurrent to the exhibit at Hatfield, other pieces from Ode to the Tides are being shown at the Newport Visual Arts Center and Newport’s Pacific Maritime Heritage Center.

In conjunction with the exhibit at Hatfield, two talks will take place there. On Aug. 17, Dorothy Horn, a doctoral student at Portland State University will talk about research on how microplastics affect marine invertebrates. On Aug. 24, Roy Lowe, a retired U.S. Fish and Wildlife Service employee, will talk about birds along Oregon’s coast. Both presentations will start at 11 a.m. in the Visitor Center’s auditorium.