NEWPORT, Ore. – Neighbors play an influential role in private oceanfront landowners’ decisions to protect their shorelines from erosion and rising sea levels, which could lead to excessive armoring of the coastline, a new analysis from Oregon State University shows.

Researchers studied 25 years of decisions by private coastal property owners in Oregon to better understand what drives landowners’ decisions to armor their shorelines – a process of adding stacks of boulders, or riprap, to slow erosion along beaches, dunes or bluffs. 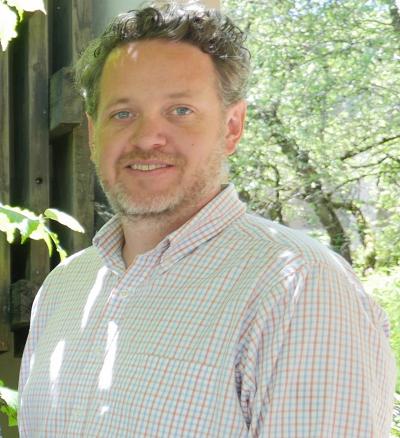 “Imminent risk of erosion is a driving factor, but we also found that decisions by your neighbors affect your decisions in a big way,” said Steven Dundas an environmental and resource economist in Oregon State University’s College of Agricultural Sciences.

“If a neighbor takes action, it triggers concern about the risk a property owner faces as well as fear of a spillover effect,” Dundas said. “If my neighbor armors, will that push more waves onto my property and increase my risk? This is the human dimension of those decisions.”

The findings have implications for coastal land-use policy management, given the inherent conflict between the desire to preserve and protect beach access for the public and protecting private assets under increasing threat from erosion and sea-level rise due to climate change, Dundas said.

The study, which was partially funded by Oregon Sea Grant, appears in the January 2021 issue of the Journal of Environmental Economics and Management. The lead author is W. Jason Beasley, who worked on the project as a doctoral candidate at OSU. Beasley has since completed his Ph.D. and is now an assistant professor of economics at Western Michigan University.

Coastal armoring has been a contentious issue on the Oregon coast since 1977, when the state adopted Land Use Planning Goal 18. That goal, designed to preserve beaches and dunes from development and protect public access, includes a ban on armoring private property. But property developed or slated for development before Jan. 1, 1977, is exempt from the ban.

There are about 9,000 oceanfront private properties on the Oregon coast, with about half subject to the armoring ban and the other half exempt from it.

In an earlier study, Dundas and a colleague found that Oregon’s current policy creates large economic value for the private homeowners who have the option to armor their properties. Ineligible properties adjacent to eligible ones sell for 8% less due to the potential for increased damage from deflected wave action.

The goal of the latest study was to better understand what spurs eligible property owners to armor their coastlines. Beasley and Dundas focused on data from Tillamook and Lincoln counties, where 95% of permitted armoring has occurred, between 1990 and 2015.

During that period, 13% of eligible properties were armored. Drivers of the decision to armor include impending risk of erosion; random shocks from high wave and water cycles that occur roughly every 17 years; and economics, with higher value properties more likely to be armored.

But the other significant factor for driver of armoring decisions is the peer, or neighbor, effect. When a direct neighbor armors their property, the likelihood of a landowner armoring their property increases.

“There may be two reasons for the neighbor effect,” Beasley said. “One, when a property owner begins steps toward armoring, it offers a learning opportunity for other neighbors to gain insight into the process and the cost. Two, neighbors may worry about the spillover effect – the shift of waves and water from an armored property to their property and the potential increase in damage to their property.”

“That shows how important those interactions are,” Dundas said. “If we ignore that, we may underestimate the level of armoring we can expect to see in the future.”

Assuming current land-use regulations, a similar pace of erosion and occasional high water and wave cycles, the simulations showed that armoring would increase by an additional 5% in four decades as sea level rises. If the state’s Planning Goal 18 were no longer in place, and all property owners were allowed to protect their shorelines, the rate of armoring would increase by nearly 70%.

The simulations highlight the important role policy is likely to play in future armoring decisions, Dundas said. “Land-use policy is going to be a critical component in determining how our coastlines evolve as sea level rises due to climate change.”