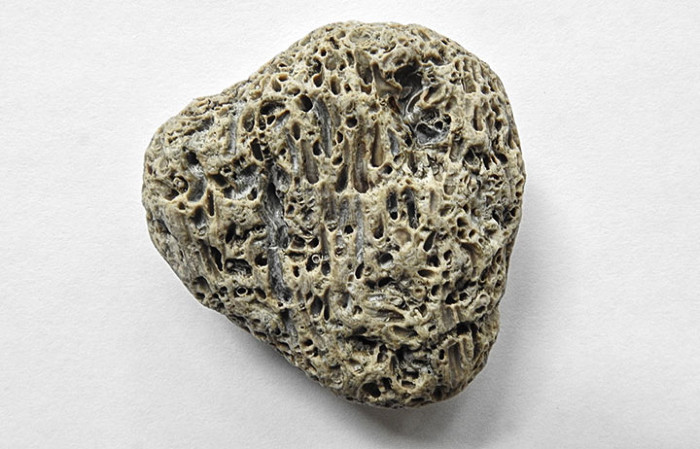 While walking down the beach after a strong winter storm, you might find a gray, rounded rock riddled with hundreds of tiny oval holes and a few larger round holes. What is this?

A longtime coastal resident might tell you that you found a piece of “brain coral.” This is an error. Rock- or reef-forming corals are found only in warm, semitropical to tropical seas. Your prize is the home of a colony of worms with the gruesome name Dodecaceria fewkesi. No common name has been given to them. They are related to tube-building worms such as feather duster worms and calcareous tube worms.

The animals have black bodies with tentacles and gills at the mouth end. To make their rock colonies, each worm extracts calcium carbonate from seawater and deposits the material around its body as a tube. When many worms live on top of one another, the individual tubes fuse into one large mass. The larger colonies are usually found on reefs below low-tide level. Strong winter storms can shift boulders and dislodge the colonies, or the weight of large waves themselves can break them from the reef. 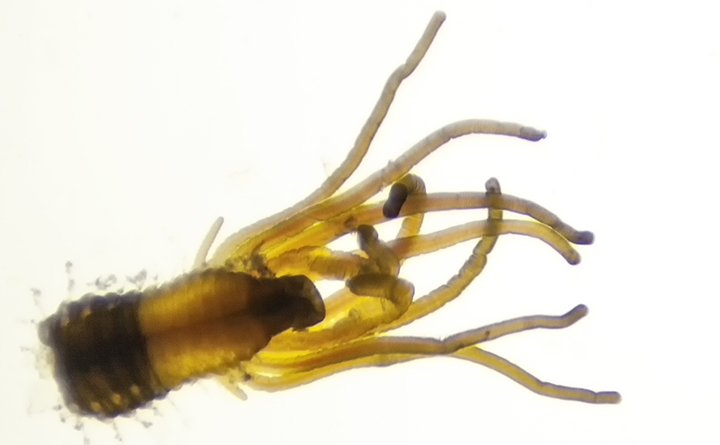 How do the worms form their colonies?

To make the rock colonies, one larval worm settles on a rock and draws calcium carbonate from the seawater to deposit around its body, thus forming a tube-shaped burrow. Once the “founding father” (or mother) worm reaches maturity, it divides in half. Two new worms are soon created from the new halves. As fission continues, the colony continues to grow, and new burrows are added to form one large, stony colony. The larger colonies are usually found on reefs below low-tide level. 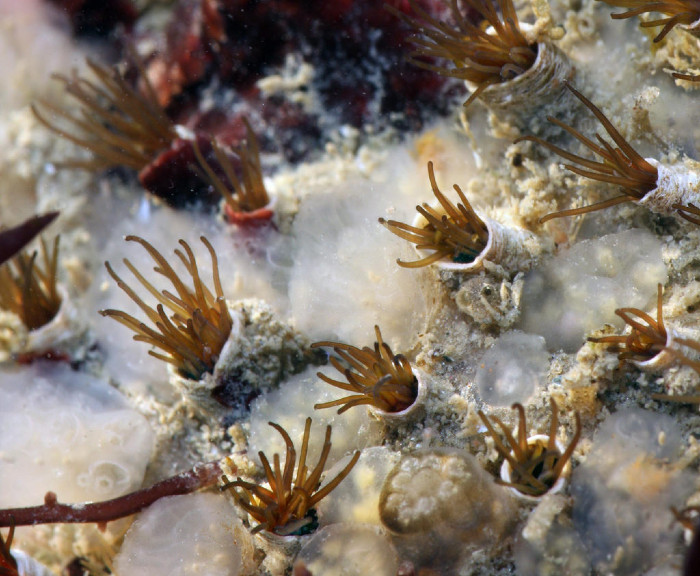 What can we see on the beach?

The colonies are often broken apart by the action of waves or secondary burrowing animals. They can then be found on beaches, tumbled smooth by the waves. Most of the material found on beaches is not fossilized but comes from a colony that was recently alive. However, there is the chance of finding fossilized Pacific fission worm colonies on Oregon beaches, dating back to the Pleistocene era. Dodecaceria fewkesi colonies can easily be distinguished from coral by the way the burrows form in many directions, often crossing each other.